members of our organization 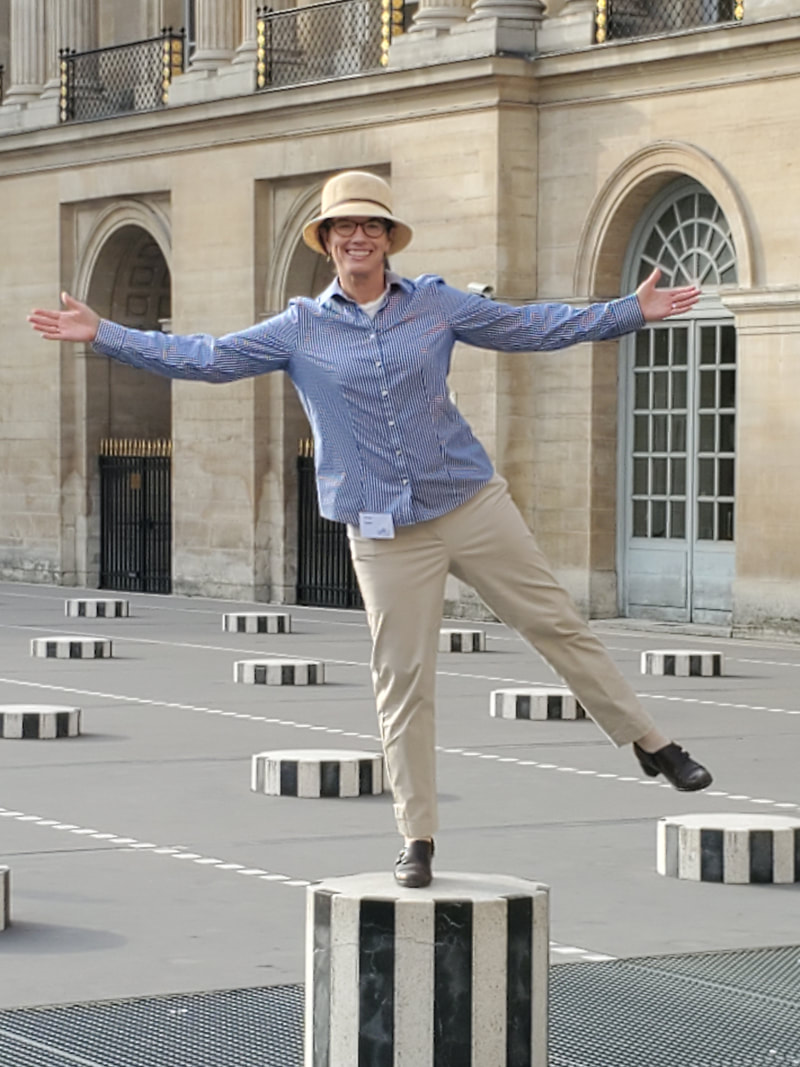 Sophia is pictured here in Paris, France at the L'institut National d'Histoire de l'Art (INHA) where she attended and presented at the International Plato Society's summer conference in Plato's Parmenides in 2019. Sophia is an international Plato scholar, trained in interdisciplinary studies of Philosophy & Literature. She is an Associate Professor at Lynn University, and is the founder of Wisdom's Edge Foundation, Inc.

Sophia has more than fifteen years experience teaching philosophy to undergraduates. Her passion and love of philosophy began with Plato and learning about Socrates in ancient Greek literature. Like Plato's Socrates, she seeks to engage whomever she meets in philosophical inquiry and dialogue. Her current research explores the development of Greek mathematics as it may have influenced Plato's metaphysics.

The summer of 2020, Sophia Stone conducted weekly virtual Dialogue Discussions at Burckle Place and Halle House, transitional housing for women who are re-entering society from being homeless or from being in prison. She guided the women in understanding the history of ideas from original philosophical texts to get them thinking about life principles for living and to help them gain critical thinking skills to navigate their world.

During the 2020-2021 AY, she organized online philosophy reading groups, one to discuss Eric Weiner's Socrates Express, the other to discuss Mathematics & Philosophy articles. These groups were by invitation only, based on participants' interests, commitment and camaraderie. ​

Currently she is organizing Community Circles in a partnership with A Better Day Than Yesterday Assoc., a non-profit organization in Richmond, Virginia that serves communities negatively affected by incarceration or military deployment. She continues to teach to the women at The Lord's Place in South Florida.

Dr. Stone was Darion's philosophy professor for DBR 200 "Why Tragedy?" and for his upper division course in Ethics. Here they are both pictured at Darion's graduation. Right after this picture was taken, Dr. Stone invited Darion to join her in building Wisdom's Edge for South Florida. Wisdom's Edge sponsored Darion for his training in Hawaii, summer of 2019.
​
Dr. John Houston, PhD.
Dialogue Facilitator, Outreach Coordinator
Philosophy Professor, College of Saint Benedict and St. John's University 2013-2021
Philosophy, PhD. Purdue University, Class of 2012
Philosophy, B.A. Binghamton, Class of 2002 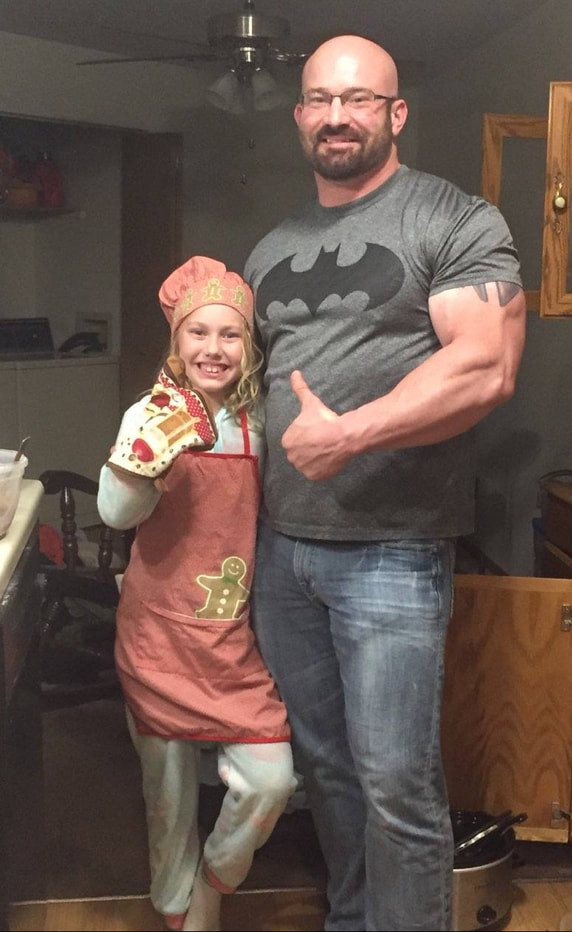 John grew up on a farm in the middle of nowhere Nebraska. It wasn't until he entered college that he was introduced to the life of the mind, and philosophy in particular. Having the privilege of education was nothing short of transformative for John. He has traveled and studied throughout the United States. After earning his B.A. in New York, he worked as a truck driver and listened to philosophy on tape while driving but missed the conversational aspect of philosophy. John went on to earn his PhD in philosophy at Purdue and has taught at university for 15 years. While he has spent a good deal of time writing and teaching for the guild of the ivory tower, he holds the deepest conviction that philosophy is for everyone, and should be offered to those outside of academia who have not had the privilege or the luxury to attend college.
Dr. Peter Westmoreland, PhD.
Dialogue Facilitator, Outreach Coordinator
Visiting Assistant, University of Tampa, Florida, 2019 - 2021
Senior Lecturer in Philosophy at University of Florida, 2017-8
Lecturer at University of Florida, 2011-7
University of California, Irvine, PhD, Philosophy, Class of 2010
University of Memphis, MA, Philosophy, Class of 2004
University of Tennessee-Chattanooga, BA, Philosophy, Class of 2002 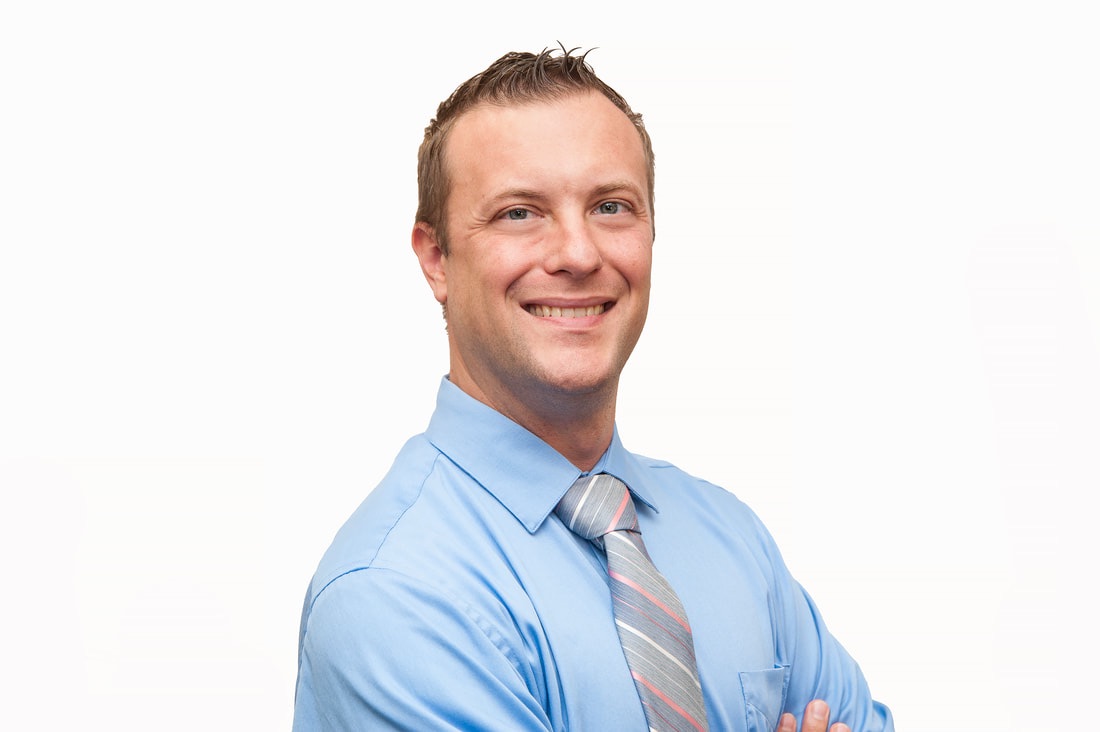 Peter Westmoreland has a decade of teaching experience.  His publication record runs the gamut from the theories of Rene Descartes to the killing of Trayvon Martin.  Most recently, he co-edited a volume of essays on Jean-Jacques Rousseau and silence for the interdisciplinary, international Rousseau Association.
​
Peter discovered philosophy as a 14-year-old and had to learn it on his own until he could attend college.  He believes philosophy is good, and it is unfair that access to philosophy is largely restricted to university students.  His outreach includes a recently completed popular audience book manuscript about teaching philosophy to his kindergarten age children.
Marlies Jones
Accounts Controller
​ 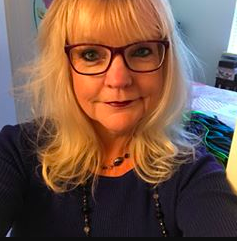 ​Marlies Jones is originally from the Midwest and moved to Florida in the late 80’s.  Overcoming many obstacles during childhood, she has spent her life helping other women who struggle with similar pasts.  Her passion is helping people!!  For seven years she worked in the addictions field helping women recovering from drug and alcohol addiction find jobs that left them feeling more fulfilled.  Prior to working in treatment, she was the Controller for a major event company.  Her expertise is in helping small to medium sized companies grow and prosper utilizing her skills for business management, accounting, human resources and financial planning.
Kelsey Maglio
Summer Intern 2021
Philosophy, B.A.
​Stetson University, Class of 2019 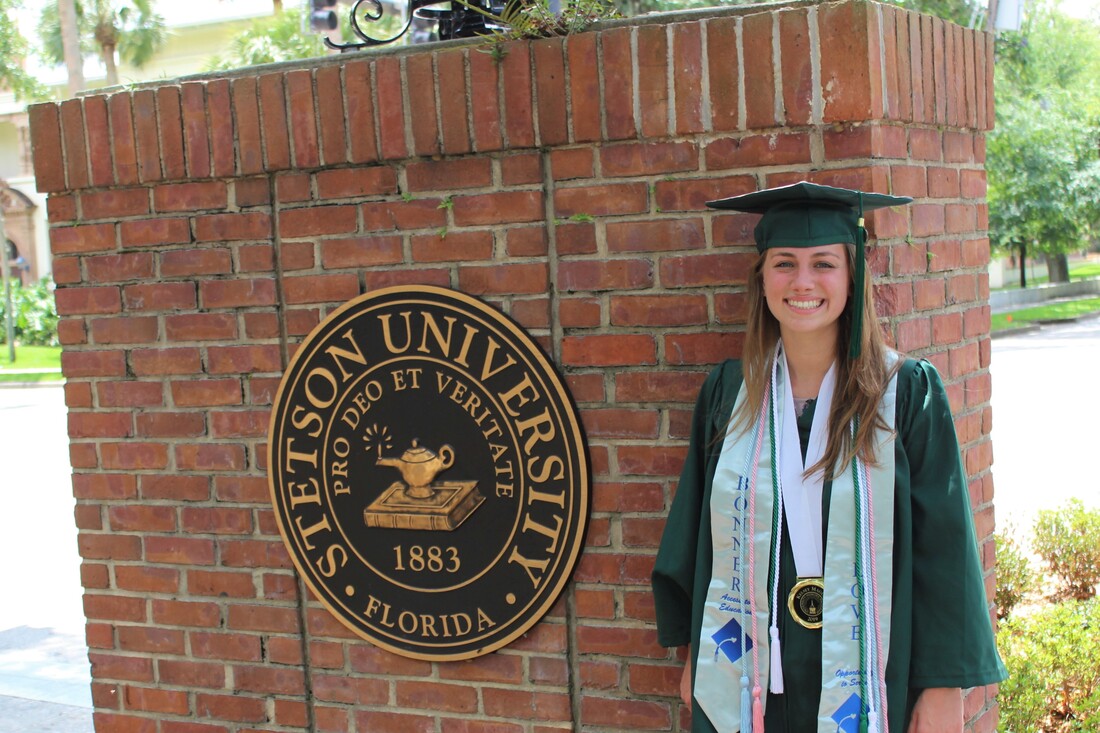 ​Kelsey Maglio is a first-year graduate student in philosophy at Baylor University, where she hopes to focus on issues in ethics, political philosophy, and philosophy of religion. She received her BA in philosophy from Stetson University in May 2019, where she was also involved in community engagement work through the Stetson Bonner Program and then served a term with AmeriCorps VISTA. In both programs, she was involved in K-12 public education programs, shaping her interest in public philosophy that is accessible to all students. Aside from philosophy, Kelsey loves outdoor activities and her two cats.
Guerdy Fabre
Summer Intern 2020
Political Science, B.A.
Lynn University, Class of 2020 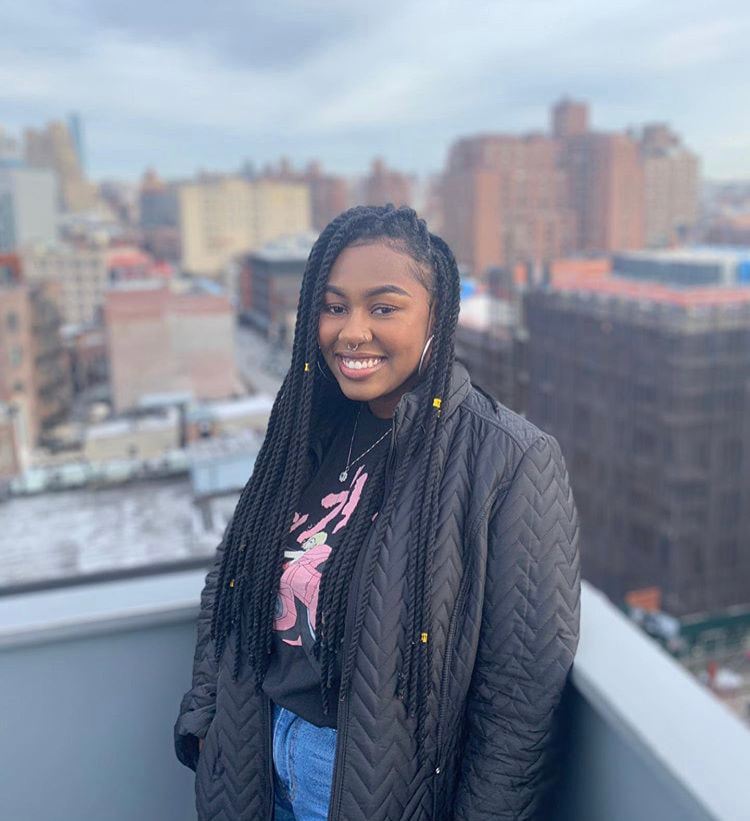 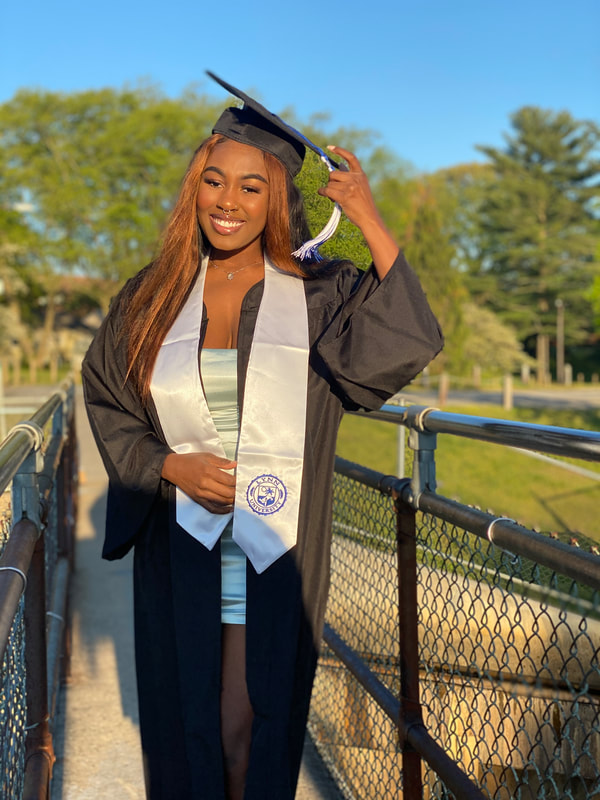 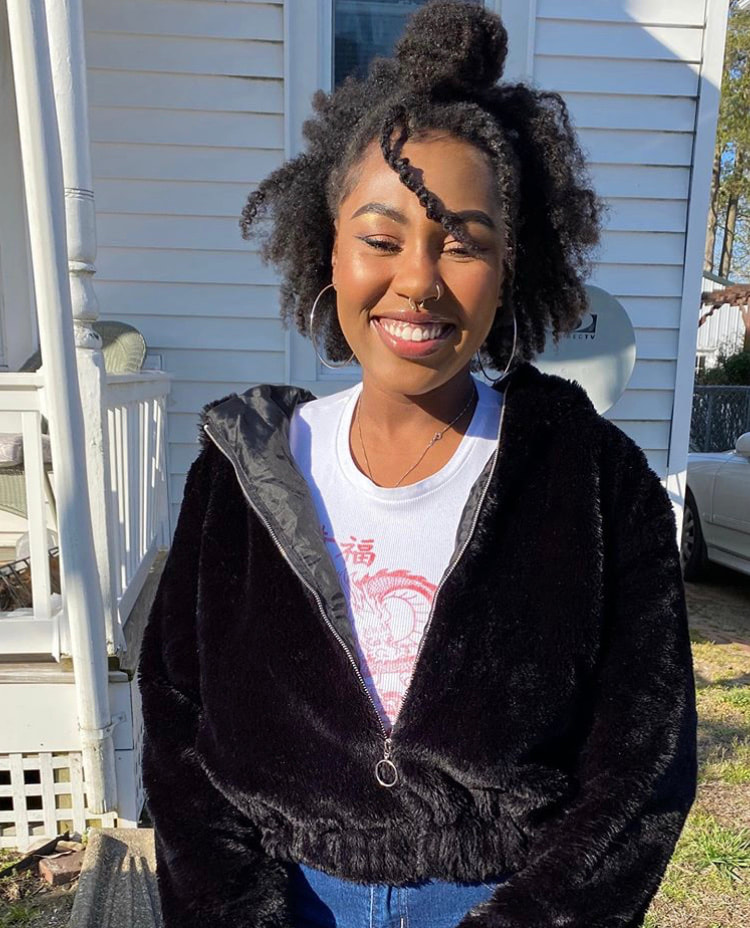 A recent graduate student from Lynn University, Guerdy strives to make a positive impact everyday in her community. She dreams of entering the non-profit sector, to work with women and children from low socioeconomic backgrounds. Her work with Wisdom's Edge involves: assisting Dr. Stone with virtual Dialogue Discussions at Burckle Place and Halle House; assisting with charitable fund compliance; researching funding databases; and assisting with administrative tasks as needed.
​

Previous members of our community
​ 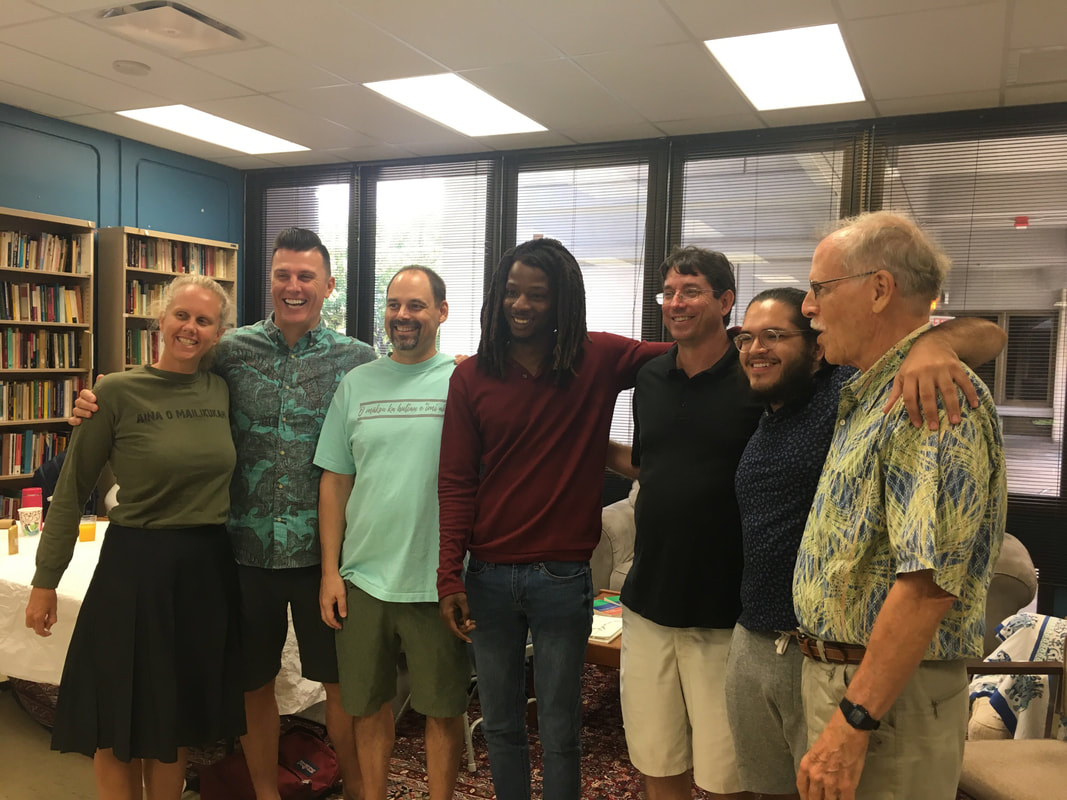 Darion is pictured here in the middle wearing a maroon shirt. This picture was taken after his training with The University of Hawai'i Uehiro Academy for Philosophy and Ethics in Education. Darion went through an intensive workshop that taught him the foundation principles of p4cHawaii - inclusive design, Democratic inquiry, promoting critical thinking and discussion through wonder - and brought that training to Wisdom's Edge Foundation.